Man I’ve been busy… First and foremost, I’ve been building my new website. It will allow direct checkout and I am pretty excited about it. Next, probably due to my OCD, I have been constantly unsatisfied with pictures in my store. Now, looks like a trivial problem but I probably tried a dozen different backgrounds on approximately 90 items each and then cropped and sharpened to see the final result and I was never satisfied. At that point, is was a matter of principle. I needed to get those pictures right.

The problem is the white color of the milk jugs I use in most my creations. Any other color but white adds an ugly shade to my earrings, but white on white background… forget about it! I almost gave up trying to reach such seemingly impossible goal, when I finally found this video, describing the process step by step. Here’s my first two shots after watching the video. Not bad at all, I think. 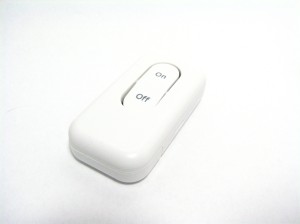 I got all pumped up and tried the same technique on  a pair of earrings, and here’s the result. I mean, not bad, but the same tips are clearly not working as well with my plain white earrings. These pictures clearly needed some texture and some depth. 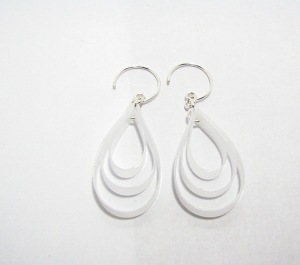 With my newly acquired photography skills I put together a similar setting in my windowsill, which is white and textured, due to the several layers of old paint that nobody bothered to remove before painting the windows again. The idea is to use lights and shadows to highlight textures and convey as much detail as possible, That way, even without color or luminance differences, your item will emerge from the background. The light coming out of that windows has always been good. Then  I added three white paper sheets, 2 on the sides and one in front of the camera, just like the video described. The light will bounce back from the window and bring your white objects to light. Pretty easy and fairly inexpensive. If you do not have a tripod (which I did not have until my husband brought me this one for my birthday a month ago), you can either build one out of a tennis ball or buy a cheaper one, but make sure you have one.

Here’s the picture I’ve been waiting for this entire time. Elegant, sharp, but interesting at the same time. I took me a while, but I think it was worth it. Now I have a bunch of new pictures in my shop and a much more consistent look across pictures, overall. I hope you agree with me that my efforts were worth it! Now, back to my window to shoot the remaining handful of earrings.

Make sure to stop by my shop to check out the other pictures and all my new items.

With 2 craft shows coming up within the next 2 weeks, I have been frantically accumulating earrings in my studio (ok, my bedroom). Probably because of the spring coming up, I suddenly had the urge to organize the pieces I will be taking with me to the show. Needless to say, I have a ton of scrap fabric to upcycle, which made the whole thing possible.

First, let me tell you, I am not a sewer, never been and never will. It just gets on my nerves. Don’t give me wrong, I know that it is partially because of my underdeveloped tailoring skills, but on the other hand I also have more than a handful of skills that require some patience. I just happen to have a particularly bad aptitude about sewing. But I overcame the initial fear, because I was super excited about organizing jewelry as well as reusing some of that old fabric that has been accumulating for quite a while.

The result is far from being professionally looking, but it was worth the effort and—as for now—I am not excluding the possibility of replicating the experience.

First I looked online and found a bunch of amazing patterns to follow. But I am lazy (yes, don;t judge me), so I could not possibly thing of downloading and printing patterns and even using a measuring tape was out of discussion. So I closed my laptop and started cutting right away. I had an old pair of jeans, which served as the outer layer (but any stiff fabric will work). Then I decided to have an inner layer and the internal linen. Thinking back, I could have probably avoid the inner layer, which makes the roll a little bulky.

First I made the actual earring holder, by folding a stipe of the same fabric. Then I attached it to the inner and linen layers (excluding the jeans, external layer).

Here you can decide on whether you want it divided, to be able to hang several things and prevent them from moving around too much or not. But that is really up to you. As for me, my laziness lead my dividers to become larger and larger, but that was clearly neither intentional, nor planned (yes, I wish I were that smart). This was the most annoying part of the project and it seemed to take forever. Probably also because my thread kept getting out of the needle, and it take me at least 20 seconds to put it back. It literally happened twice every three seams, so I probably spent about 30 minutes on this. But again, timing is off because of my poor sewing skills. I am sure a slightly more experienced sewer would do an excellent job in half the time it took me to do this one single step.

At that point, I was finally ready to assemble the roll. I did it working with the fabric on the wrong side.

The earrings fall of at times, so I’lll probably make a better one, but this is good enough for now. Feel free to share your project if you want.

If you follow me on Twitter, you probably know that I was the luck winner of a business cards giveaway, sponsored by UPrinting. I am very excited about this win, because the cards are made out 50% recycled materials and Uprinting uses green ink to print them.

However, it probably will be a while until I receive the cards, thus I need something to hold on in the meanwhile. I decided to apply my upcycling skills to solve the issue. It occurred me that I have been saving cereal boxes for a while now, because I want to make my jewelry boxes out of cereal packaging. Cereal boxes are perfect for business cards, because they have just the right texture. Furthermore, those boxes are recycled, which makes it even better. Of course, you can only use the inner part of the box, unless you find a way to cover the cereal images.

– Scissors or any paper cutter device

– Printer, rubber stamp or simply a pen (if you have a nice handwriting)

Just cut the business cards the size you need. You can also make price tags and other paper marketing tools with the same method. I personally chose a mini business card size (1.5 inches high x 3 inches wide). It is the perfect size for small items such as earrings. I then printed my logo and addresses on paper—documents or junk mail printed on one side will work— and cut the logo so that some of the cardboard is visible, then paste it with some glue. If you have a stamp you can use that, which will give your business cards a surprisingly professional look. If you are a good hand writer, you can write what you’ll need by yourself and that’s it. With minimal effort and virtually no cost you’ll have eco-friendly, stylish and unique business cards for yourself of your small business. 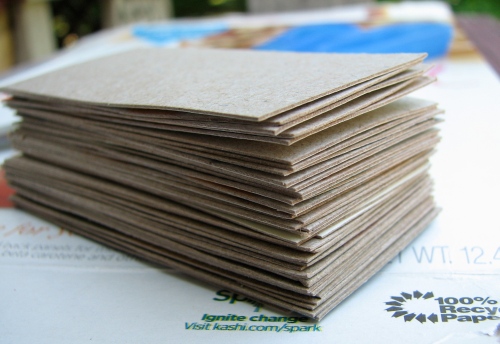 A Vision to Remember